Post 1 – Seville, a city rich in history, architectural wonders, great food and wine, cultural experiences.  We wandered around through the historic district photographing day and night.  The narrow cobblestone streets were alive with tapas bars – so nice to grab a light meal and glass of wine while walking around.  Flamenco dancers were a fun explore of shutter speeds – capturing faces and blurring the rest.

Watch for our next post as we move to Cordoba and Úbeda.

Comments Off on Andalucía Spain Adventure

Morocco – a land with so many cultural sites to photograph. Palaces… famous doorways…souks… people living their colorful lives in the medinas… the Sahara…

And yet one can so easily forget documentation and be captivated by design.

Join us in 2018 as we journey back to Morocco to find more fun compositions with our cameras.

Comments Off on Morocco Photography Adventure

Part 1 – The Magic of the Southwest

The Southwest is an amazing region to visit – and a great set of photographic opportunities for those who come with cameras!  Pop-out colors combine with big bold lines to carve out stunning compositions – and there is no end to the photography play that a creative photographic mind can encounter.

We love to bring photographers to this region.  Not only can we put them in great places in great light – but it is the perfect laboratory for participants to master a number of crucial skills.

In this land of strong lines and bold colors, one can tackle the issues of composition and design – without having to worry about working around the complexities found in many other compositional environments.  Learn it here – apply it everywhere else in the world!

This is the place to really grasp taking control of metering and exposure.  In this environment you can control the exposure, learn from your mistakes, review trials and adjust exposures until you have perfect images.  Along the way you can build an approach and rhythm that will pay you back everywhere you explore with your cameras.

This is a land of deep saturated colors.  Here, often the dynamic range exceeds what one can capture in a single image.  This is a place to learn to design with color… and with deep black shadows…

And a place where sometimes you want to throw away all color and “see” the composition in black and white!

Our October 2013 group came home with an outstanding selection of new images.  Techniques were mastered.  Magic moments in nature were witnessed!  Adventures were shared!  We’ll blog more about this in the coming days!
Next up:  Photographing the Moon!

Don’t forget to visit our web page on the Southwest at http://www.naturephotographyadventures.com/workshop.photo.monument.htm

Comments Off on Southwest Photography Adventure 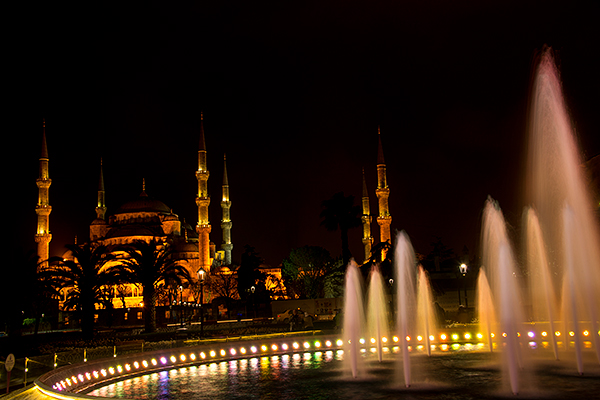 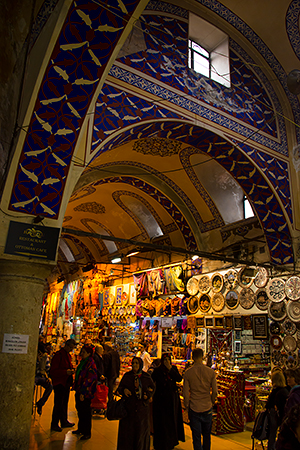 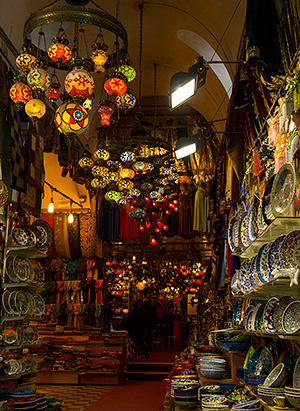 One of the fun parts of waterfall photography is the brink itself.  Water throws itself over the edge – the behavior is much the same whether the falls is 15 feet or several hundred feet.  Here at Iguazu Falls, there are several opportunities to witness the brink – and sometimes to combine it with other falls or even rainbows! 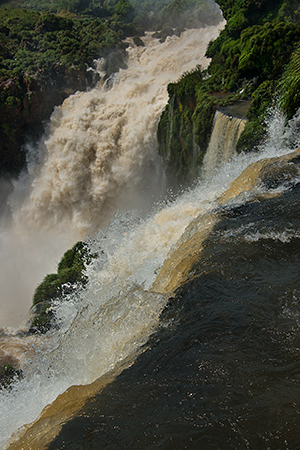 There is amazing action at the brink – I wish everyone could see these images full sized to really appreciate the detail!
© 2013 Bob Harvey 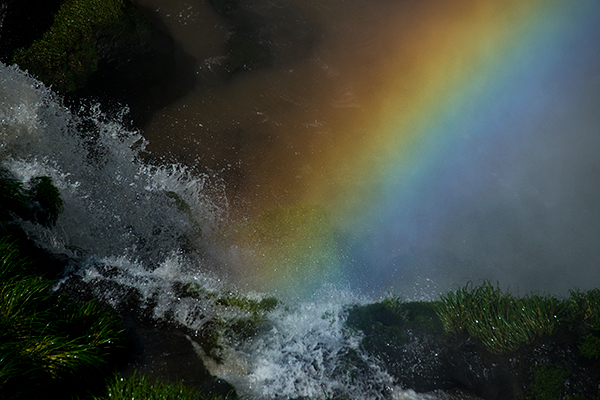 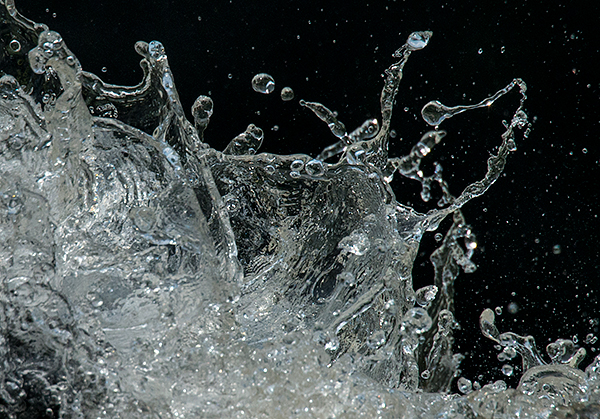 Stop the action and it is quite dramatic!
© 2013 Bob Harvey 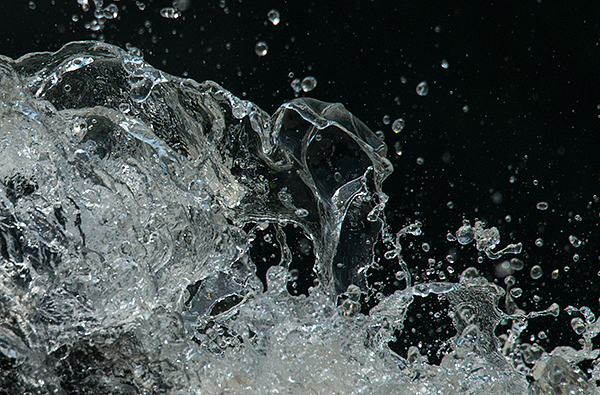 Maybe the water is afraid of the fall – and is doing everything it can to stay on top!
© 2013 Bob Harvey 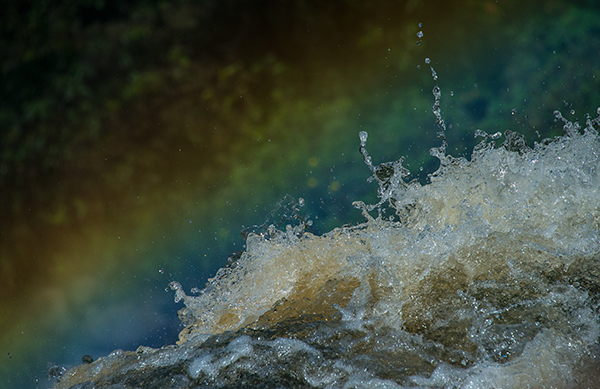 Line up a rainbow, and it looks like another world!
© 2013 Bob Harvey 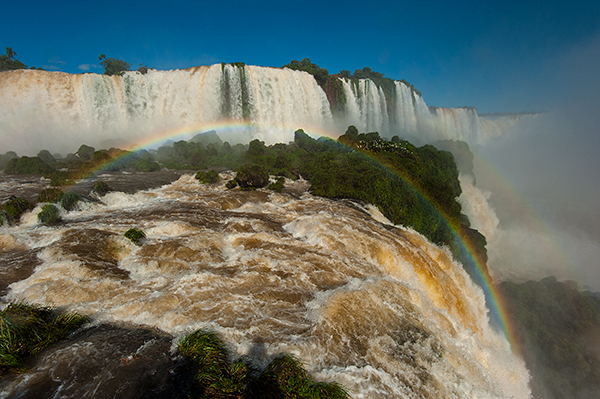 The rainbows even wrap around the brink!
© 2013 Bob Harvey

Everything in this post was captured at a very high shutter speed.  Some of the exposures simply would not have been possible before the advent of 14 bit cameras that enabled better noise management.  This is an amazing time to be exploring the planet with a camera!  Bob 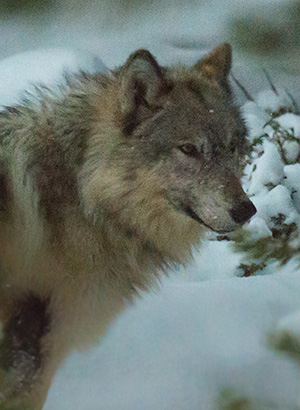 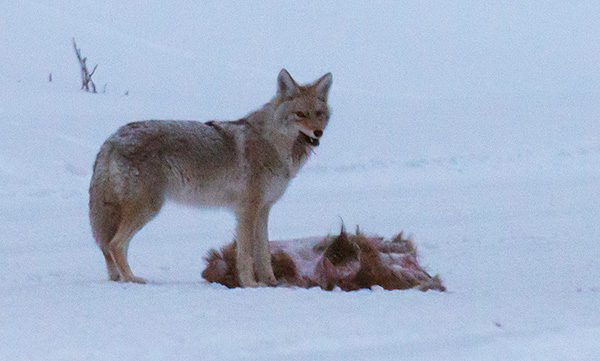 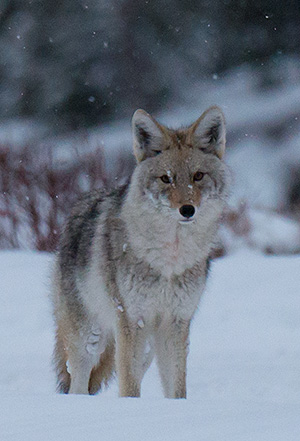 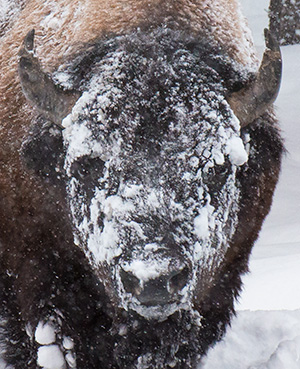 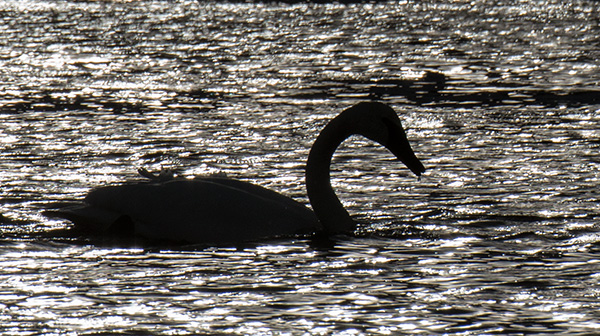 Our first week had a mix of snow, blue skies, soft light, and mild temperatures until the last day.  Then the cold moved in, a little uncomfortable, but that is when the magic happens – especially frosted bison! Following are a few more images from the week.  And stay tuned, we begin another week tomorrow. 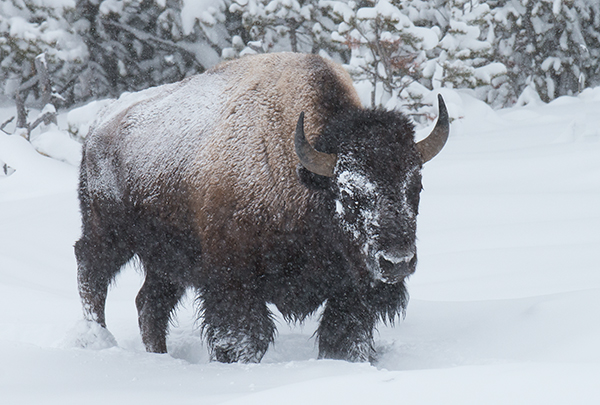 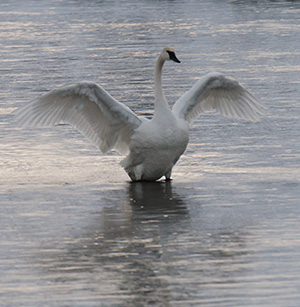 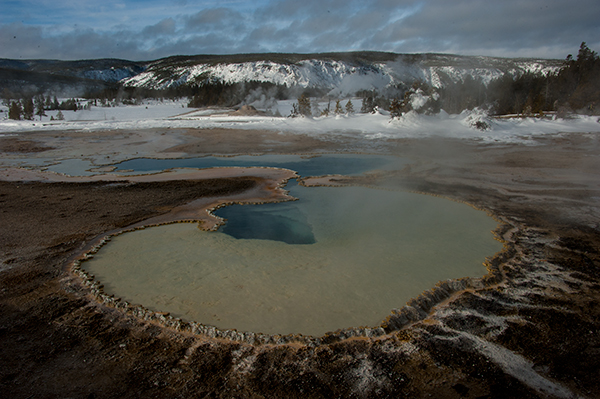 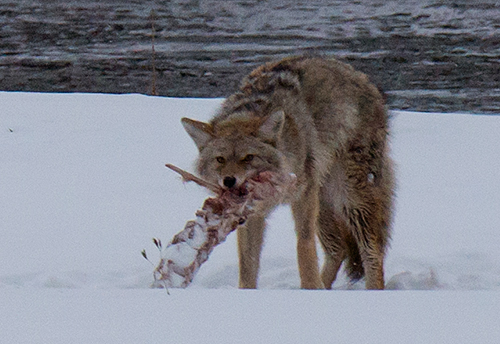 Today we saw eagles, swans, bison, and this determined coyote picking an old wolf-killed elk calf clean of the last scraps of food.

We also had glorious light in Norris Geyser Basin.

There are hints of a snowstorm brewing for later in the week! 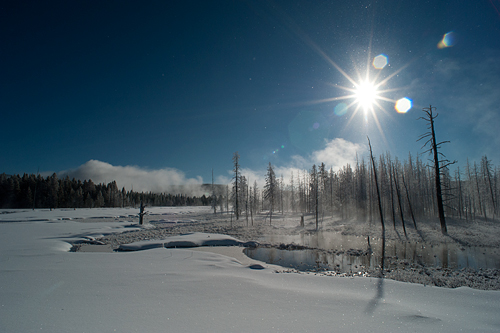 The Power of Flash

Sometimes we find that people are afraid of using their flashes.  The flashes available to us now can be a lot of fun – some cameras speak to them, control them, they talk to each other, and lighting becomes a fun art. 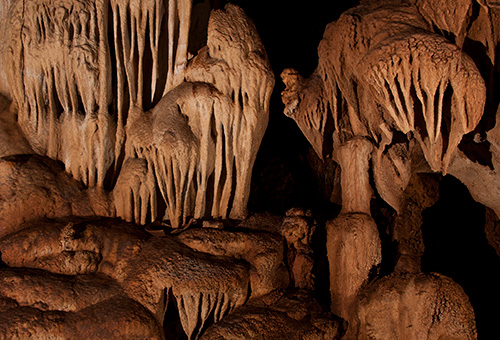 Getting to the subject, however can sometimes present a challenge. Steve and Lisa, on a recent WildBunch Belize trip, first rode horses up some steep terrain in the Maya Mountains and then decended into a cave by rope. 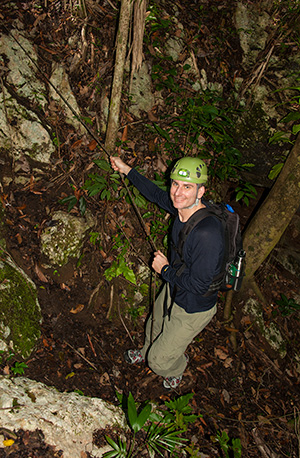 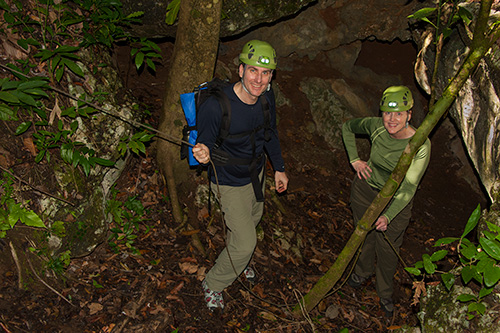 After all of the photo equipment was shuttled down and the rest of us climbed down into the cave, we began to select formations and the style of lighting that suited each the best.  It took some trials, adjustments, creative discussions and positioning the flashes at various locations over and over until we were all pleased with the results.  Our guides were very helpful and enjoyed all of our antics to get the shots. 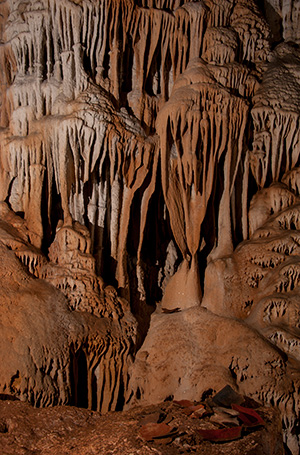 After a second decent, we found a gorgeous formation with Mayan pottery pieces on a shelf.  We set up flashes on both sides, different power levels, but we were not too excited about the results.  The pottery in the front showed up nicely but the formation was a little flat.  One one try, the flash on the right did not fire and we decided the single side light was the winner. 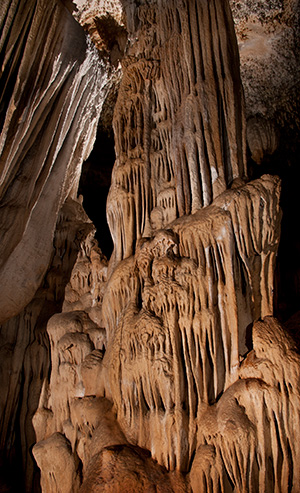 Strong power from the left, minimum from the right, and strong from behind to give depth to the formation and light up the ceiling. 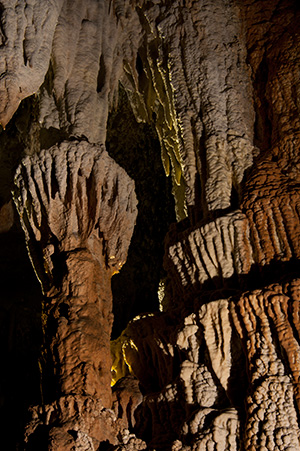 We all had fun that day – and we learned some new tricks.

And what does any of this have to do with ants?  Stay tuned, more fun to come.

Comments Off on The Power of Flash